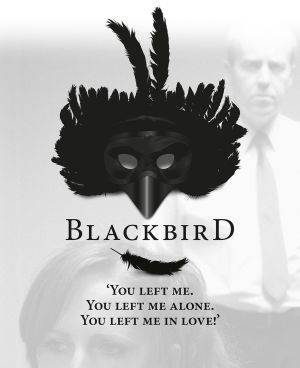 Following the successful tour of ‘Jordan’, performed at the Edinburgh Festival, with great reviews, Stickleback Theatre Company return with their latest production, ‘Blackbird’ by David Harrower, an equally gripping and powerful piece of studio theatre.
A fascinating and un-nerving tale of revenge and intrigue. Fifteen years ago Una and Ray had a relationship. They haven’t set eyes on each other since. Now, years later, she’s found him again. This electrifying and explosive play has Ray confronting his past when Una arrives unannounced at his place of work. Guilt and raw emotions run high as they unpick their passionate, forbidden love affair.

BLACKBIRD was performed at the Lowry in Manchester on Thursday on Thursday 19th June ? 1 night only.

At The Fiction Stroker

Fifteen years ago Una and Ray had a relationship. They haven?t set eyes on each other since. Now, years later, she?s found him again. This electrifying and explosive play has Ray confronting his past when Una arrives unannounced at his place of work.

Described in the programme as ?unremittingly intense?, Blackbird delivers on this during its exhausting 90 minute length. Blackbird is a roller-coaster ride of a story that isn?t always comfortable, most certainly challenging but always compelling. The following review reveals little bits of the story, but I?ve taken care to keep as many plot points under wraps.

Ray and Una?s relationship is certainly not what it seems at first glance. Chris Saunders? nervousness lingers in the air as he tries to work out exactly what it is that Sian Weedon?s Una wants. Saunders is disturbingly normal as Ray, the man across the street ? exactly the kind of man you?d invite to a party. Yet the secret he holds causes such burning feelings of shame and guilt within him in some uncomfortable scenes harrowingly played by Saunders.

I almost want to say that you feel sympathy with Ray, but I?m not sure you do. David Harrower?s script and Gordon Hamlin?s direction have kept the action tight but the meaning ambiguous allowing the actors to twist and turn with the story. Blackbird is certainly not going to spoon-feed you any answers.

Weedon?s Una burns with a fiery intensity in a menacing performance, but is no more and no less sympathetic than Ray. The wreckage of her life akin to the rubbish-strewn stage as she descends into a personal hell.

Perhaps much of my reaction is to do with current affairs. Premiering on the day that the step-mother of the girl that teacher Jeremy Forrest abducted gave her first interview, and in the wake of Operation Yewtree, it?s a brave story (and predates both) ? one that won?t sit well with everybody.

Saunders and Weedon work very well together, proving to be immensely watchable. Neither budges an inch in their performance and the atmosphere between them is electric ? even turning violently physical at one point. Weedon is particularly strong, especially in her prolonged monologue telling how their relationship ended.

Stickleback Theatre seem to enjoy producing challenging stories. Blackbird pushes the envelope even further with some scenes that genuinely left me feeling cold thanks to their explicit nature. But this is what theatre should be doing, pushing the boundaries and telling stories that don?t always have a silver lining. And in Blackbird you have one of the most interesting and thought-provoking plays I?ve seen in a fair while.

The Fiction Stroker gives Blackbird four strokes out of five:

For it deals with the taboo subject of child abuse and is made all the more moving by the uncomfortable fact that the person who was the victim when she was 12, returns to confront her abuser at his works, when she is 27 and he is 56.

Una and Ray, the two characters in question have become birds with broken wings which is how it gets its title.

The passage of time has seen both of them suffer. Ray has served time for the rape of a minor and suffered additional hardship from the spiteful acts meted out to sex offenders.

After enduring a police doctor?s internal examination, Una has been leered and pointed at by people who, seemingly, never forget the case.

It does cross your mind briefly that, perhaps, after all, these two may have been in love. But the great taboo of paedophilia kicks in. Surely, it could never be possible for a 40-year-old man and a 12-year-old girl to have a loving sexual relationship?

You even wonder if Una could have led him on. Indeed, you begin to wonder whether she is doing that now.

My only reservation is that, at the beginning, they might have shown a little more surprise at their unexpected meeting.

But, apart from that, the play is so well written, directed and acted that every shade of meaning, every nuance of emotion is extracted.

The actors are on stage for a whole one hour and thirty minutes without an interval.
It?s a long time to keep up such an emotionally charged atmosphere. One lost word would have spoilt that atmosphere but they keep going without, apparently, making a single error.

Thank you Sian Weedon and Chris Saunders for your inspiring performances. You are especially moving just before the end when all your hate, frustration and attraction erupt without warning.

The ending is totally unexpected and you leave thinking ?Does a leopard ever change its spots??