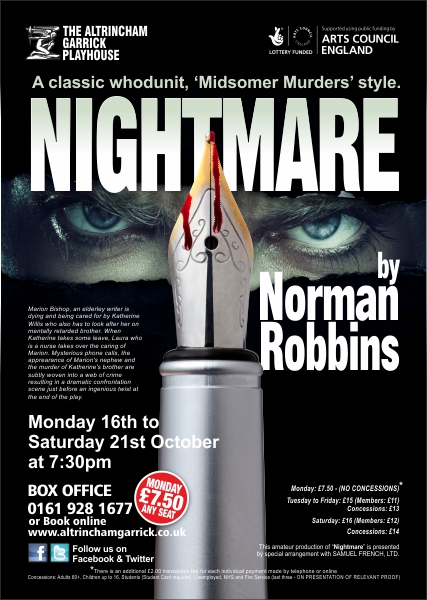 Marion Bishop, an elderly writer of romantic novels, is dying. Katherine Willis, kind soul from the nearby village, looks after Marion in a most caring way while coping with her disabled brother of twenty. When Katherine takes leave to attend her cousin’s wedding in Scotland. Laura, an experienced nurse from London comes to take care of the failing writer, on the recommendation of the local doctor. A series of mysterious phone calls and the appearance of Raymond, Marion’s rapacious nephew, set off a nightmare situation which becomes increasingly complicated when Katherine’s brother is found murdered in a ditch. Deceit, suspicion, blackmail and incrimination are subtly woven into a web of crime which is completed by a dramatic confrontation scene just before an ingenious twist brings a surprising close 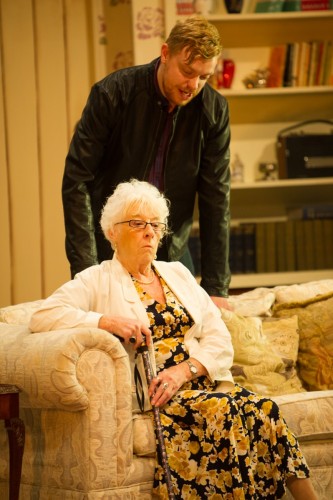 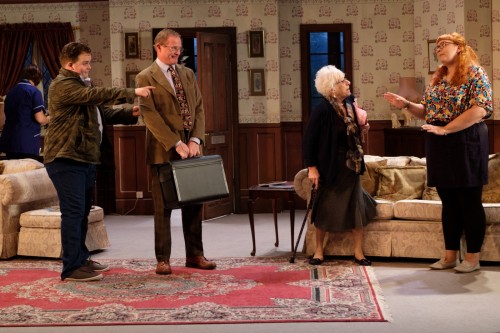 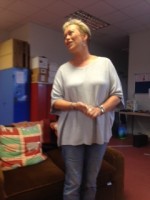 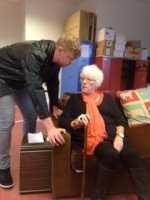 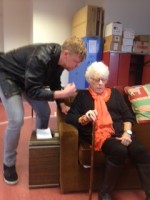 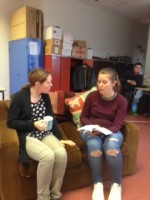 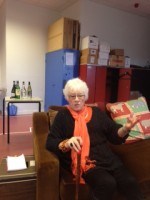 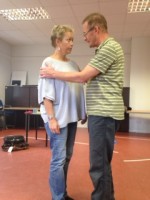 ALTRINCHAM Garrick Playhouse’s production of Nightmare, a suspense thriller by Norman Robbins, was full of red herrings and with an unexpected ending. It features Marion Bishop, an elderly writer. Played by Pat Williamson, cancer has robbed Marion of her health so, despite being well off, she needs carers. Pat encourages us to like her character despite an apparent grumpiness. Our affection is possibly misplaced? Her main carer is Katherine Willis (played warm heartedly by Meg Royle) who has a brother, Michael, with learning difficulties. Liam Dodd who has the difficult task of playing him, rises to the challenge and, although his character cannot speak, conveys his feelings with body language. Well done Liam. When Katherine goes on holiday, her place is taken by nurse Laura (Beverley Stuart-Cole) on the say so of the local doctor (Hugh Everett) a beneficiary of Marion’s will. There is more to these two than meets the eye. One of the red herrings could be Marion’s nephew played by a sinister Peter Brassington who is thuggishly different from the other gentile characters. It’s a fascinating play rendered even more fascinating at the end. Star rating ★★★★

MARION Bishop is a wealthy romantic novelist and a string of schemers descend upon her house, desperate to get their hands on her money. By far the most interesting is her quietly intimidating and grudge fuelled nephew Raymond – perfectly played by Peter Brassington. Raymond is completely obnoxious and Brassington, one of the Garrick’s most consistently impressive actors, ensures we hate him every second he’s on stage. It sounds like the recipe for an evening of heart thumping tense theatre but there were only two occasions when I felt genuinely spooked by what was unfolding on stage. The play lacks pace and some of the dialogue is downright clumpy. A real shame, as Pat Williamson delivers a fine performance as Marion, a knowing, wise old bird who has no intention of lying down and playing the victim. I also liked Liam Dodd as Michael, very convincing as a young man with special needs. Although Raymond refers to him in far more disparaging terms. Nightmare certainly isn’t the worst production you’ll ever see in the hands of the more than able director Carole Carr. I just feel a cast as good as this, which also includes Hugh Everett as Dr Andrew Thorne, deserves much better material than this eminently forgettable Norman Robbins script. Star rating ★★★

This amateur production of 'Nightmare' is presented by special arrangement with SAMUEL FRENCH LTD.