Home» Show » Once a Catholic 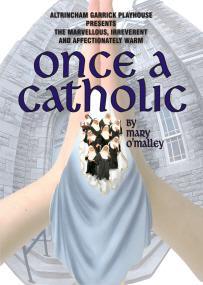 A comedy set in the convent of our Lady of Fatima Grammar School for Girls. Meet some of the fifth formers, their boyfriends and most importantly The Nuns who are responsible for the education, both religious and secular, and emotional welfare of their charges. A trip down memory lane for those educated at similar establishments during the fifties and an eye-opener for everyone else. 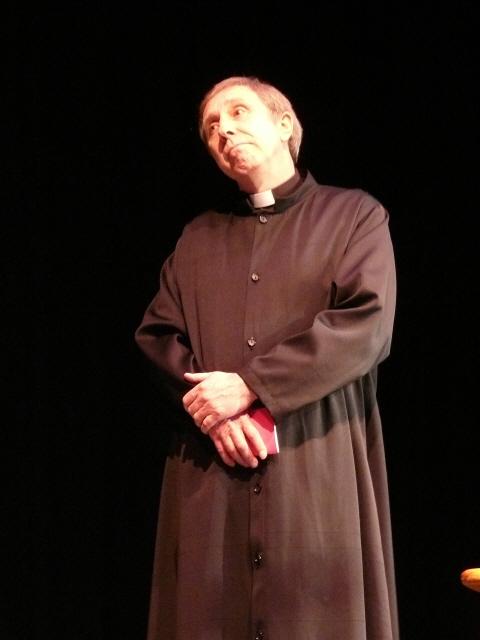 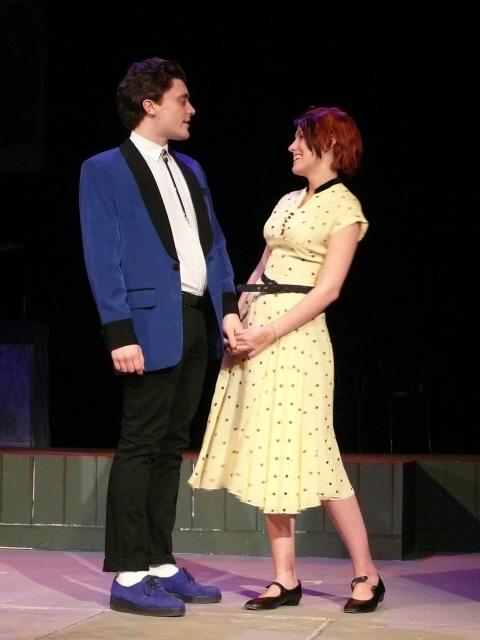 WHETHER you’ve attended a strict Catholic convent school or not, or you simply remember what it was like to be young with an insatiable thirst for rebellion, you’ll really enjoy Once A Catholic. It’s a well crafted and beautifully observed piece of writing that recalls the fire and brimstone theology that was one a hallmark of the church. At this particular school, the nuns, Hitlers in habits, want to control every aspect of the girls behaviour – from the thoughts in their head to the type of knickers they wear. But the play, currently being performed at Altrincham Garrick, also makes the serious point that keeping young people in the dark makes them ill-equipped to cope in the big bad world beyond the school gates. One girl, for instance, receives the mother of all reprimands when she “dares” to ask one of the nuns about the facts of life. Alan Rothwell’s production is perfectly paced and although the play is quite long – it’s curtain down at 10.10pm – my attention didn’t wander one iota. All the cast convince, and when the nuns address the audience, you sit up and take notice. Slouching will definitely not be tolerated! This is one of those pieces that requires a strong ensemble cast and Rothwell has certainly got that, because everyone on stage convinces. They all make full use of Mary O’Malley’s believable and thoughtful script.

A play with humour, a heart and a brain, ‘Once A Catholic’ is definitely not to be missed. And if you turn up late to the Garrick, make sure you have a note from your mum. Star Rating ★★★★

SCHOOLS in the fifties were much stricter than today, But Catholic girls’ schools were probably the toughest of the lot. The Garrick’s production of Mary O’Malley’s play, Once A Catholic, takes you to the heart of one of these institutions – The Convent of our Lady of Fatima, Grammar School for Girls. The Catholic teenagers would much rather think about Elvis and boys than learn their catechisms. Their teachers instill in them that it is wrong to associate with the opposite sex. Indeed, they accuse the girls of so many petty misdemeanours that it is almost a sin to breathe. Some of the nuns are practically sadistic in their insistence on discipline and decorum. But this is a comedy. Girls will be girls and a bunch of lively fifth formers whose banter provides a laugh a minute don’t let a few nuns inhibit their fun. Director, Alan Rothwell, tells the story in well-grouped small scenes. So, we go from the chapel to the classroom and to the home of protestant teddy boy, Derek, in film-like succession. Derek (Anthony Morris) seduces schoolgirl Mary Mooney (Rosi Hunter) after enticing her to watch his new-fangled TV. Innocent Mary is overcome with remorse and one of the funniest scenes is when she confesses her sin to Father Mullarkey (John Westbrook) whilst he eats sausages. Rosi, who hopes to become a professional actress, shows her future promise when her Mary fumbles to find the words to expressive the enormity of her crime. For not only has she committed an abominable offence, she has done it with her friend’s boyfriend. Three groups of characters stand out. They are the three leading schoolgirls, three strict nuns and four men. They all get into the skin of their characters, interact well and make us laugh by just being who they are. There is one thing that we know won?t happen even to the girl who is engaged to a non-Catholic they won’t leave the church. As the saying goes ‘Once a Catholic, always a Catholic’. Star Rating ★★★★