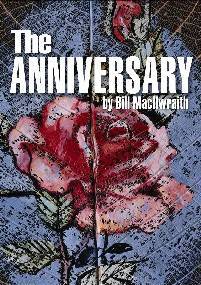 This well-known black comedy centres around dear old Mum, a woman whose concern for her sons leads her to a possessiveness that is ? like her ? thoroughly evil. ?Mum glories in destroying anything that is good and kind and pure: for, not being able to enjoy such feelings herself, she is damned if anyone else will. And yet, like the Devil, she has undeniable charm?. Mum is the head of the family building firm and insists that her sons work to standards that are too low to even be called jerry-built!

As the family comes together to celebrate her wedding anniversary (regardless of the fact that Dad is long deceased), revolt is in the air and the women in her sons? lives decide to tackle Mum and her long ascendancy head on.

The film starred the Hollywood equivalent of royalty and now Altrincham Garrick is about to bring the play to the stage.

Playing the role of "Mum" in?The Anniversary?is Angela Wetherill and while the sheer scale of the part initially prompted a sharp intake of breath, the actress says she also felt it was a challenge she simply couldn't resist.

Described by Angela as a black comedy, the piece comes from the pen of Bill MacIlwraith, a writer who, I have to confess, I hadn't heard of until now. She says McIlwraith has a writing style all of his own and it was the incomparable Bette Davis who brought "Mum" - her creator doesn't give her a name - to life on the big screen.

"Mum, who is a widow, has three sons and every year she demands that her sons come over to celebrate her wedding anniversary, although she's widowed. They are completely under her thumb. In fact, not to put too fine a point on it, she is a complete bitch from hell," she says.

Mum also has an acid tongue and has taken over the family building business, turning an ailing company into a profitable concern by cutting corners. She's also a woman of means, a real Essex girl.

While this may be a new writer and a new play to me, Angela says tickets are selling well and she's predicting healthy houses for next week's run.

"It's the most wonderful part, but it is very difficult having to say some of the things she says and make it seem real because you think 'Oh My God, how can she say these things?'," she says.

In real life, Angela Wetherill is one of the nicest people you could wish to meet but in?The Anniversary?she plays a character who gives the word despicable a bad name.

Angela plays Mother - writer Bill MacIwraith never christened her - and in act one she plays a prank on her son and daughter in law that is breathtaking cruel.

I'm not going to give anything away here but the words that come out of the mouth of this ogress in a trouser suit prompted a tidal wave of a gasp from the Altrincham Garrick audience. In all my years of coming to this theatre I've never heard a gasp quite like it.

The role of Mother is a hugely demanding one and Angela certainly pulls it off. In fact, she's so convincing you actually find yourself hating a character who was obviously weaned on vitriol. When long suffering sister in law Karen threatens to punch her lights out, you'll find yourself willing her to break free from the restraining arms of her husband Terry.

Beverley Stuart-Cole, clocking up her 20th anniversary with the Garrick, puts in a five star performance as Karen and when she and Mother verbally slug it out it's like watching two wild animals fighting for supremacy. I also liked Mark Edgar's Henry, a lovable oddball who is the only truly likeable character on stage.

The Anniversary?first saw the light of day 40 years ago and director Arthur Shaw's decision to transplant it to the 21st century doesn't quite work, because there are certain references that date it. It is a good, well written black comedy rather than a classic of the genre and my second criticism is the play is rather repetitive, there's one nasty barb after another.

That said,?The Anniversary?is good fun and there are some hilarious lines delivered by a strong Garrick cast. You'll laugh alright, in the same way that most of us laugh at the minor misfortunes of others. Let's face it, Mother isn't the only one out there with a cruel sense of humour.

Even the happiest of families have moment of discord. But the one featured in Bill Macllwraith?s comedy,?The Anniversary, at Altrincham Garrick, has suffered years of strife. This is thanks to the manoeuvrings of their matriarchal mum played by Angela Wetherill.

The role of a smothering mother is an unusual one for Angela, a veteran Garrick player who usually plays zanier characters. Not that this one lacks personality ? quite the contrary. Angela?s ?mum? has the venom of a viper. From the start, the cast build up our expectations about the grotesque personality of their parent and I expected a grand entrance. When it happens, it is skilfully subdued, a precursor to ?mum?s emergence as a domineering monster.

Life for the young ones is like living in a crocodile pond. You never know when you are going to be attacked. Yet, despite her scheming, ?mum? keeps up the pretence of being a caring parent. She even has her family doing party pieces at her 40th wedding anniversary party, an annual ritual they must attend even though ?dad? is long dead. This scene is a classic. The funniest part is when she tries to contact her deceased, and much venerated spouse.

Her sons, played by Andrew Higson, Bryn Thomas and Mark Edgar, respond helplessly to the goings on. It is their partners, Shirley (Paula Keen) and Karen (Beverley Stuart Cole) who eventually fight back and win.