Home» Garrick News » Stepping Out at the Garrick!

It’s been a very successful few weeks at the Garrick… 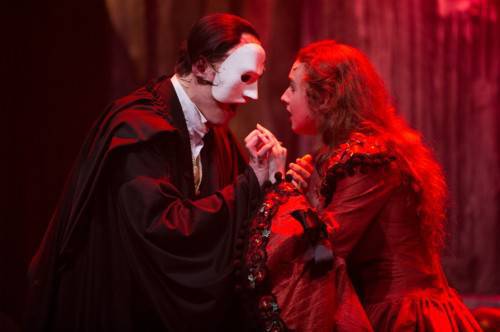 Our youth production of ‘The Phantom of the Opera‘ (on our Main Stage) received ‘5 STAR’ reviews from the ?critics, and for those that managed to get a ticket to see this production, it was a spectacular and memorable show.

This has been followed, this week, in our Lauriston Studio by ‘Breaking the Code’ – the sometimes funny, often very moving ?play about Alan Turing.

Another SOLD OUT production, also winning ?’5 STAR’ reviews from the critics.

NEXT WEEK at the Garrick, on our Main Stage is…STEPPING OUT 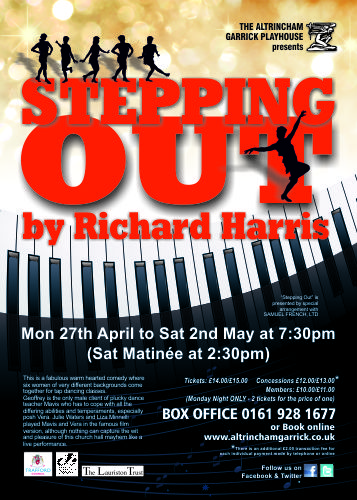 This is a fabulous warm hearted comedy where six women of very different backgrounds come together for tap dancing classes. Geoffrey is the only male client of plucky dance teacher Mavis who has to cope with all the differing abilities and temperaments, especially posh Vera. Julie Waters and Liza Minnelli played Mavis and Vera in the famous film version, although nothing can capture the wit and pleasure of this church hall mayhem like a live performance.

Tickets sales are already high, with some performances already ?looking very full – so book soon for another popular show!